DataFirst and the Rescue of Data at Risk: Partnering to enable Research Access to Historical African Data

DataFirst works with research institutions and government agencies to locate and digitise historical data to share online as an important policy research resource. Stages in data rescue include discovery of at risk data and liaison with data owners for permission to undertake digitisation or conversion of the data and share the datasets from our open data repository.

Then follows an inventory of the data and funding applications. Once funds have been secured data capture involves developing appropriate software to record and convert data content and on-site conversion of records. Documents and other resources will be digitised along with the data. The data rescue team at DataFirst will create extensive metadata on the digitised data to publish with the data on our open data site. Data quality is considered at all stages of the data rescue process.

DataFirst will also work with data owners to promote the online datasets on various forums. For example, earlier data rescue projects were discussed at a CODATA-Research Data Alliance Workshop on the Rescue of Data at Risk in 2016. All rescued data is published openly on branded pages on our data site. 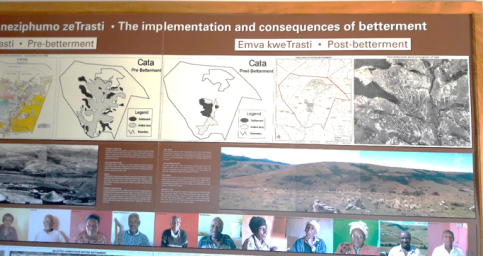 The Keiskammahoek Rural Survey 1948-1950: Village life in the Easter Cape after “Betterment”

Background
The Keiskammahoek Rural Survey (KRS) was a series of government assessments and sample surveys of villages in the district carried out between 1947 and 1952. The published end-products of this research were 4 scholarly volumes. The records from the two of the sample surveys are archived in the Cory Library for Humanities Research at Rhodes University. The data was rescued in partnership with the Institute of Social and Economic Research (ISER) at Rhodes University and is shared on the ISER branded page on our site

Significance for Research
Research with Apartheid era data can provide valuable insight into South Africa’s recent history. The KRS records are largely untapped as a resource for data-intensive, historical research on South Africa. The captured data can tell us much about changes in the region from apartheid’s beginning in 1948, especially since the Budget Survey is a panel study, tracking household livelihoods over time. 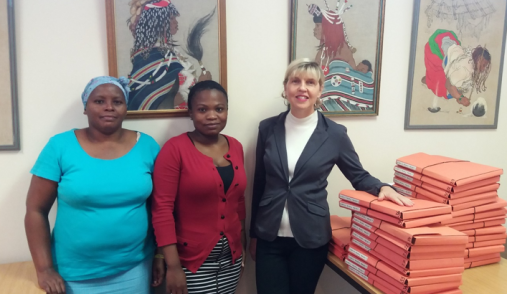 Background
The Surplus People Project (SPP) was initiated in 1979 in response to the resettlement programme of South Africa’s apartheid government. The SPP undertook research on the programme and its implication for South Africans. This included a nation-wide survey in 1980-1981 of households forcibly removed and households under threat of removal. The SPP household survey covers 10,000 households in the areas affected by removals. The findings of the survey were written up in 5 reports published by the SPP. The Principle Investigators published a book in 1985, Forced Removals in South Africa. They donated the survey records for three of SA’s Provinces to the UCT library, and the records covering KwaZulu-Natal to the library of the University of KwaZulu-Natal. Unstable and degrading paper materials make conversion of these records a priority, to prevent the loss of this valuable data for future research.

Significance for Research
The survey covers a later period in Apartheid history than the KRS study, and the digitised records will help fill data gaps for researchers of this period. The data are important for the insight they can provide on the social effects of removals on individuals and households, as well as the economic and political dimensions of these community upheavals.

Contact Us: This email address is being protected from spambots. You need JavaScript enabled to view it.
Track query: support.data1st.org

In Memory of Francis Wilson

Can SA's unemployment figures be trusted? - Watch the interview